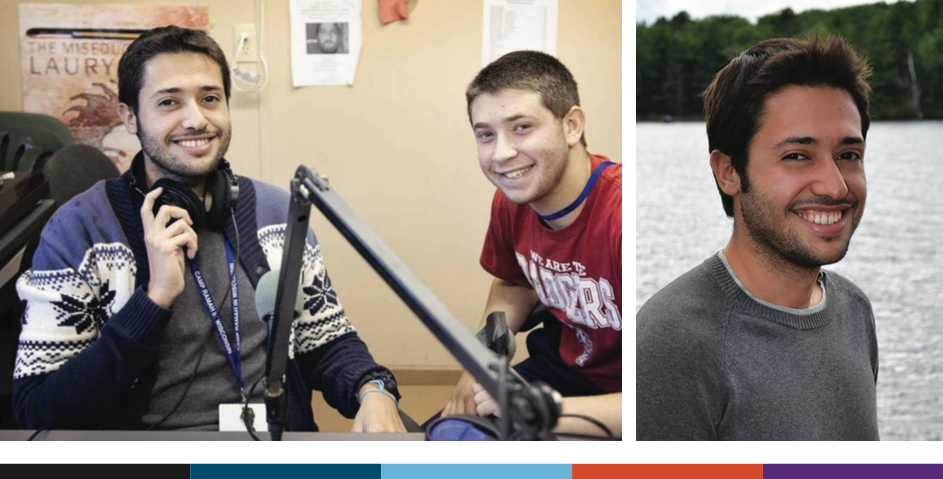 Twenty-five-year-old Liraz Levi, from the town of Kfar Saba, Israel, will serve as the Jewish Federation of Rockland County’s new Community Shaliach (emissary). Beginning September 8, Liraz will work with Rockland’s synagogues and other organizations to build and strengthen the connection to Israel in our community.

According to Federation’s Executive Director, Diane Sloyer, “We reviewed the qualifications of a number of candidates and selected Liraz because of his strong programming and organizational skills and outgoing personality. The overwhelming positive feedback we received from his supervisors helped solidify our decision.”

In an interview with FedConnect’s editor, Liraz talks about his upbringing, professional experience and what he hopes to achieve during his time in Rockland.

Please tell us a little about your family and what it was like growing up in Israel.

“My family on both sides are from the same small neighborhood in the suburbs of Herzelia. I have a huge extended family with over 30 cousins and we’re really close. As a kid I observed different cultures and I traveled a lot throughout the country. High school and the army helped me learn about the different types of people in Israel.”

Where did you go to high school, and what did you do after high school?

“I grew up in an Orthodox family and attended an Orthodox high school for boys only. After high school I joined the army and eventually got a job in Tel Aviv as an analyst which I really enjoyed. Soon after I left the army I did my SATs and worked in customer service at Groupon, where I was eventually promoted to Manager. I then traveled to the U.S. to work as a counselor at Ramah Wisconsin Summer Camp. I fell in love with the community and decided to work as a counselor for Ramah’s TRY program when I came back to Israel.”

What do you love most about Israel?

“I love that everything is close together. I like the mix of cultures and the warm- heartedness of Israelis. I also love that there are many landscapes, as I’m a big fan of the beaches and hiking.”

What do you hope to teach us about Israel?

“I want to talk about Israel as my home which represents so many different things for me. Also I want to bring my own personal story and talk about my friends who fought for the land. I would also like to share my background as a mizrachi and what it’s like to grow up in a big family that consists of so many different cultures and traditions.”

According to Liraz, his dream job is to represent Israel in a positive way overseas as he believes that “people’s perspectives about Israel are subjected to the media.” During his time as Rockland’s Shaliach, he hopes to make lots of personal connections within the community. Liraz will have an office in the Federation suite in the Jewish Community Campus, and his phone number is 845-362- 4200, ext. 115.

Rockland Federation is grateful that Harriet Spevack and Melinda Levin will once again serve as Shaliach “Host Moms.” Other volunteers are needed to help with the Shaliach program; if interested please call Diane Sloyer at 845-362-4200, ext. 133.