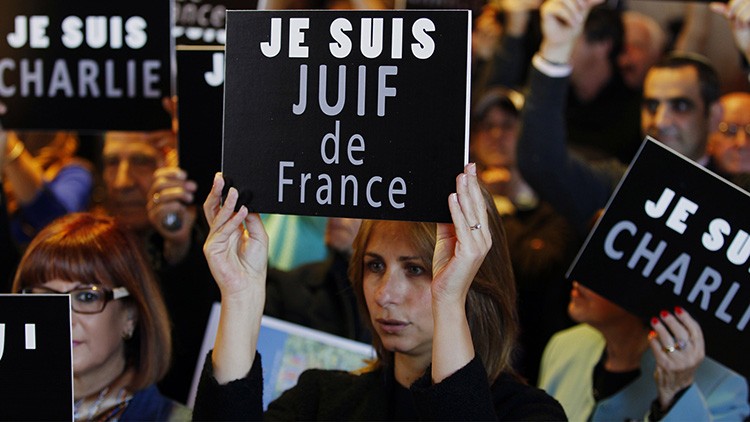 In response to the horrific events in France, there has been an outpouring of support from the North American Jewish community. Jewish Federations across the continent have held vigils and memorial services and provided philanthropic support to help victims’ families and enhance security at nearly 500 Jewish sites throughout France, from schools to supermarkets. Of particular concern is the safety of the more than 32,000 children attending Jewish day schools.

While we commemorated the 70th anniversary of the liberation of Auschwitz on January 27, we remain keenly aware that anti-Semitism is far from eradicated. The Conseil Représentatif des Institutions Juives de France (the umbrella body for French Jewish organizations) reports that violent anti-Semitic acts doubled in France in 2014. Jewish Federations and our partner agencies will be there to support and assist Jews in France and Europe, whether they choose to stay in their respective nations and combat anti-Semitism, or make aliyah, or resettle in North America, as so many Europeans did in past centuries.

Last week, Rockland Federation’s past President Nat Wasserstein and I attended the Jewish Federations of North America winter board meeting.  We heard from Misha Galperin, President and CEO of International Development at The Jewish Agency, who reminded us that the Agency is ready and able to support those who would like to make aliyah thanks to ongoing support for core funding. To date, 5,000 French Jews have submitted requests to make aliyah this year which is three times last year’s total. On February 7, Jewish Federations hosted a leadership mission to Paris to support the local community there and hear directly from the leaders of the French Jewish community and the families of those who perished in the Paris attack. Watch leadership mission video

The American Jewish Joint Distribution Committee (JDC) is partnering with the French Jewish community to assist in alleviating trauma and to provide training to Jewish community leaders on upgraded crisis-management techniques, to address emergency situations in real-time.  Additionally, JDC will assist with efforts to relocate vulnerable Jews—mainly the elderly and poor families—from areas plagued by high crime, poverty, and Islamic radicalism.

Ariel Goldmann, president of Fonds Social Juif Unifié (FSJU), the central community fundraising body of the French Jewish community, said that FSJU is “proud to have JDC by our side during these difficult times.  A close partner and friend for many years, we know that together with JDC, our community can be stronger and better equipped to navigate all that we face.”

The French Jewish community is vibrant, self-sustaining and multi-faceted. Home to some 550,000 Jews, it is by far the largest Jewish community in Europe. Yet, screams of "death to the Jews" in the streets of Paris, and routine bullying, intimidation and violence have altered life for French Jewry. This new reality is compounded by the broader political and economic climate in France – a failing economy characterized by sky-high unemployment rates for young adults and stagnant wages, disenfranchised youth and struggling young families, and escalating Jihadist radicalism.

Today, the French Jewish community is rallying its resources to address the community's emerging needs. These include the need to bolster security, offer widely-available psychosocial relief, put in place contingency plans and crisis networks, assist vulnerable and needy members of the community, pursue routine communal activities for the Jews who remain in France, and assist community members who choose to move to safer neighborhoods or emigrate.

We pray for the families of the victims of the Charlie Hebdo attack and the attack at the Hyper Cacher grocery store. We pray that the French government has the wisdom and strength to put an end to this extremism while we understand France is just one country stemming the tide of growing anti-Semitism and anti-Zionism throughout the world.  May these lives and all of those lost at the hands of terrorists be for a blessing.