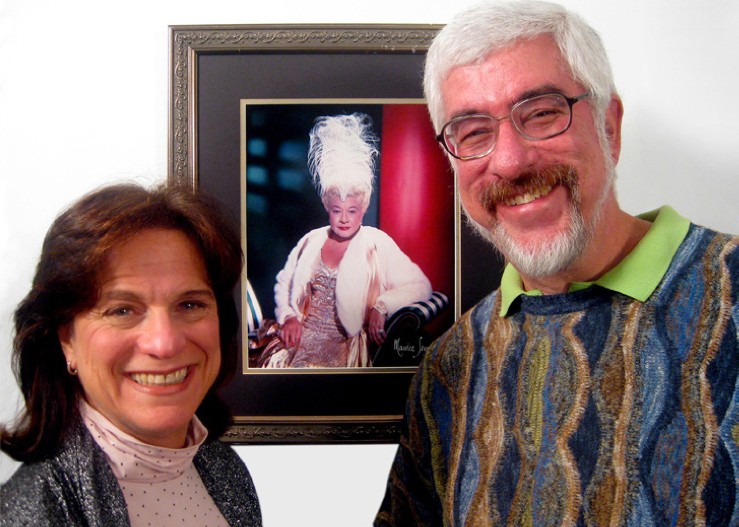 Sophie Tucker, "The Last of the Red Hot Mamas" was a Russian-born American Jewish singer, comedian and actress. Known for her stentorian delivery of comical and risqué songs, she was one of the most popular entertainers in America during the first half of the 20th century.

Pomona residents and filmmakers Susan and Lloyd Ecker spoke with FedConnect editor Jen Gilbart about their feature-length documentary, "The Outrageous Sophie Tucker." The film will be shown at a gala dinner and movie preview event on April 6.

How did you both become Sophie Tucker fans?

Susan: In 1973, Lloyd was a concert promoter at Ithaca College and he took me to see Bette Midler perform there, on our first date. As part of her show Bette did a bawdy Sophie Tucker routine, channeling the vaudeville star’s risqué sense of humor. It was wonderful. Fast-forward a few decades...we sold a successful business, semi-retired and wanted a fun new project. We started to research Sophie and the more we found out, the more impressed with her we became.

What was it about Sophie that intrigued you so much that you wanted to make a documentary about her?

Lloyd: Everything! Sophie Tucker was an entertainment pioneer in every sense of the word. She paved the way for Bette Midler, Madonna, Lady Gaga and so many other bold and brassy performers. Sophie counted US presidents and notorious gangsters among her many friends. She was a sharp businessperson and extremely charitable as well.

How many people did you interview to make the documentary, "The Outrageous Sophie Tucker?"

Susan: We traveled the US and abroad, interviewing eighty people over the course of five years. We met WWII soldiers – Sophie’s pen pals who were always allowed into her shows for free. We interviewed Carol Channing who had wonderful things to say about Sophie. Lloyd and I ended up spending the day with Carol, and I even went backstage with Carol to help her with her wardrobe and makeup that same night.

Where did you get the amazing images used in the documentary?

Lloyd: Sophie kept meticulous personal scrapbooks – 400 of them. We poured over the scrapbooks and other archives at the New York Public Library and at Brandeis University. We were able to retrace her 60-year show business career using those scrapbooks.

Why did you want to partner with Federation on the film preview event?

Susan: Supporting Jewish charities is important to me, as it was to Sophie. The film preview at RCC will be a gala affair that includes dinner, champagne, the works, and proceeds from ticket sales will be donated to the Jewish Federation of Rockland, to support a project in Israel.

Is this the last we’ll hear from you about Sophie Tucker?

Lloyd: Definitely not. We just finished writing a book about her that we plan on making into a Broadway play. We also hope to turn her story into a Hollywood movie some day!