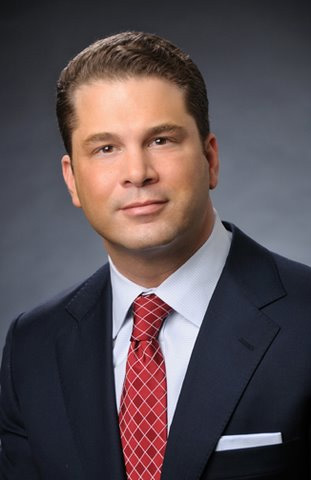 (October, 2009) When Michael Federman travels, he makes a point of visiting the local Jewish communities. He has visited synagogues in Shanghai, Istanbul, Kingston, San Jose, Buenos Aires, Rome, Hong Kong, Amsterdam and Paris, finding inspiration  in them all.

"Whether in this country or around the world, I am consistently astonished by the resilience of these relatively small communities," said Federman, who was brought up in New City. "The members of these communities, some very old and some rather new, gain strength from their practice and their Jewish identity when it would otherwise be easier to assimilate."

A frequent traveler, Federman has to visit Little Rock, Arkansas on business usually once every few months. When his travels brought him to Little Rock around the High Holidays two years ago he found a small, welcoming community at Synagogue Agudath Achim.
And of all the places in the world he's been, Agudath Achim was one of the places that truly moved him. To show his appreciation of the 100-member congregation, he made a donation to the synagogue of  $500,000.

The gift has enabled the synagogue to hire a full-time rabbi. Some of the funds have also been used to move forward on needed renovations including the educational wing, sanctuary and social hall.

"We had been in a search for a rabbi for some time but with Michael's generous donation we were able to expedite the process and find who we were looking for," said Agudath Achim's past president David Greenbaum.

Federman was interested in making a donation to a smaller synagogue where the donation would have the maximum impact and the ability to infinitely strengthen the local Jewish community. Agudath Achim fit that match. After spending time there he knew that without substantial support the synagogue would struggle to hire a full-time rabbi and move ahead with plans to renovate and enhance their programs and services.

Originally from New City, Federman is a resident of Manhattan and a founder of Federman Steifman LLP, a boutique real estate and structured finance law firm. When growing up, his family attended Congregation Sons of Israel in Upper Nyack where he attended Hebrew school and became a bar mitzvah. Federman is always touched by the stories of how Jews thrive in unusual place. He relates that his own mother's family struggled to observe their customs in Iraq before having their property confiscated and being expelled from the country because of their beliefs.

"When visiting various Jewish communities, a unique pride washes over me in recognizing the capability of these inherently endangered communities to thrive in the face of tremendous hardships and make meaningful contributions to the countries in which they reside.  In many of these places, these tiny communities represent all of Judaism to their neighbors.  It is the steadfastness of these disparate communities and their pioneering spirit that helps to keep Jewish heritage alive," said Federman.

According to the synagogue president, Greenbaum, there are approximately 2000 Jewish families in Arkansas. Agudath Achim, now entering its second century, was founded in 1904 and is the largest "traditional" synagogue in Little Rock with a congregation of about 100 people.

"We are a small, Conservadox shul, which is basically an Orthodox congregation that allows mixed seating," said Greenbuam, who has been a member of the congregation for more than 60 years.

"People in the congregation came together as a community," said Federman, who is looking forward to returning to the synagogue to see the progress that they've made since the donation. "They didn't just go out and hire a lawyer to handle the contribution. Congregants with the required skills came together to make this a community happening. I meet many wonderful people who are committed to continuing and building the Jewish community in Little Rock."

As for this holiday season, Federman stayed local, attending services with his family at the Brotherhood Synagogue in Gramercy Park.