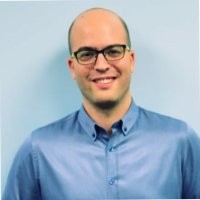 An interview with Yonatan Weintraub, co-founder of SpaceIL, the organization that will land the first Israeli spacecraft on the moon.

Hear more from Yonatan at Federation's Campaign 2018 Launch on Oct. 2

SpaceIL, an Israeli education nonprofit, is one of five finalists in the Google XPrize competition to land an unmanned spacecraft on the moon’s surface. The competition is designed to challenge and inspire entrepreneurs and innovators from around the world to develop low-cost methods of robotic space exploration. FedConnect editor Jennifer Gilbart recently spoke with Yonatan Weintraub, co-founder of SpaceIL.

Why did you want to enter Google’s Lunar XPrize competition?
Two reasons. One, SpaceIL wants to be the first Israeli organization on the moon and secondly, we want to use it as a tool to interest children in STEM (science, technology, engineering and math) careers. Many students today aren’t motivated to choose those careers, but learning how to build a rocket provides meaning to a kid.

In the Lunar XPrize competition there are three prizes for teams that launch their spacecraft by the end of 2017. Will SpaceIL make the deadline?
It is not certain if any of the finalists will be able to launch this year. If no teams launch, the deadline will be extended. Right now SpaceIL has plans to launch in 2018. We were the first finalist to book a launch ticket, so it’s likely that no team will launch before us.

SpaceIL is an education nonprofit. Tell us more about your work in the field of education.
We offer a number of STEM programs in Israel and the U.S. and we have a great many volunteers who deliver presentations and make the programs possible. We produce materials for science teachers as well as for kids, and we reach about 300,000 students in the U.S. and Israel.

In 1948, Israel’s main export was oranges. Today it’s technology. Why do you think Israel developed along that path?
When the state of Israel was born it brought lots of people with lots of passion from all over the world to one place. When you do that, magic happens! Zionism is really about entrepreneurship, so after these people converted wasteland to a place where living things could thrive, technology was a natural next step.

Earlier this year, Jewish leaders from Rockland traveled to Israel to learn lessons in innovation and to explore new ways of working together. Do you think innovation can help the Jewish community remain strong and relevant?
Yes. But if you try to innovate, to do something new, you will face problems. If you have many problems, you need help from many people. I think that asking for help and working together in a new way is the foundation for growing a community.

The Algemeiner named you among Israel’s Top 100 People positively influencing Jewish life. How does being Jewish influence your life?
It’s a Jewish thing – a commandment – to ask “why.” So I’m using the same method used for thousands of years in my work. Asking why leads me to find the next solution. Also, Shabbat presents an interesting problem
when I’m in California and other members of SpaceIL are in Israel!

You’ll be speaking at the Jewish Federation & Foundation of Rockland County’s Campaign 2018 Launch on October 2. What main lesson or idea do you want your audience to take away?
The economics of today. Things that were once expensive are affordable; things that once took a long time can now be done quickly. Don’t think you’re not big enough or wealthy enough to do something. As we tell students, find the moonshot in you, and go for it!