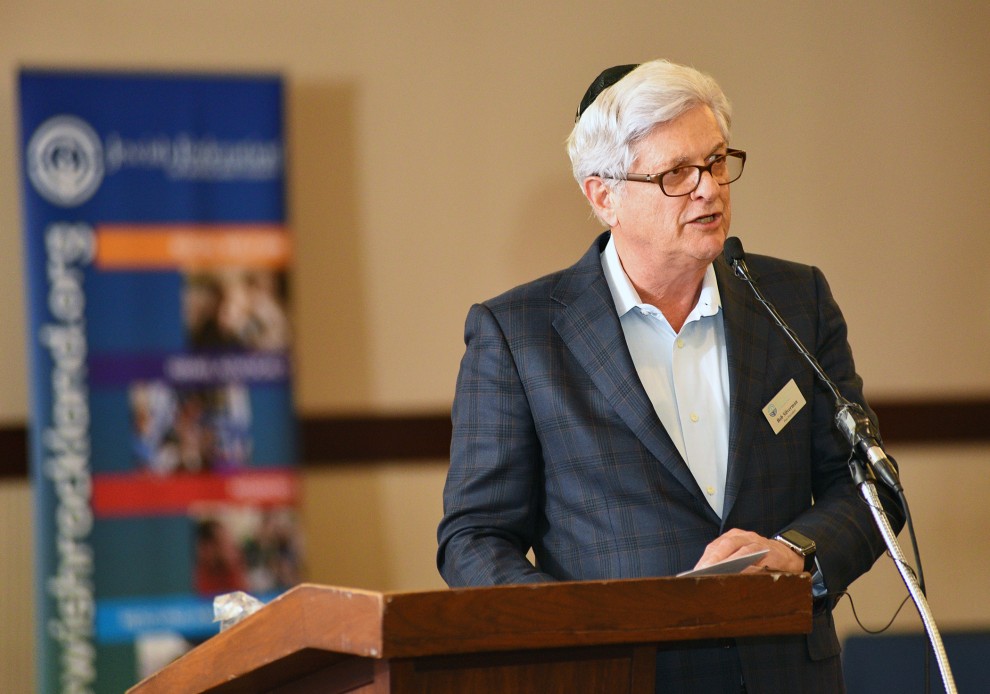 First off, our Jewish community in Rockland is confronting anti-Semitism that has not been seen since the Second World War. Bigotry, hatred and anti-Semitism are occurring on an almost daily basis. The only way to combat this is to stand together. The Jewish Federation of Rockland is the community’s best way of standing together.

We also stand together to support Israel and advocate for the right of the Jewish people to have a home of our own in our ancient land. And as you know, Israel is threatened daily. Federation is in the forefront in Rockland to advocate for a strong Israel and educate political leaders about the importance of standing with the only democracy and only real ally of the United States in the Middle East.

And finally, only by standing together can we help Jews who can’t help themselves, whether here in Rockland, in Israel or around the world. You can see some very compelling videos of programs that Federation supports on youtube.com/RocklandFederation.

Clearly, we have to work together to sustain and build Jewish life here in Rockland and in Israel. If Federation didn’t already exist surely we would have to create it. Federation is the best tool for working together as a community.
This year’s campaign is off to a great start. I am pleased to share with you that the Board of Federation and top donors have already made their gifts and we are on a very strong pace to surpass last year’s total. We are up 11 percent compared to this time last year.

Please take the opportunity to make a Chanukah gift which for new donors will be matched this year, doubling your impact.

Thank you very much for your generosity. Wishing you Chag Urim Sameach!