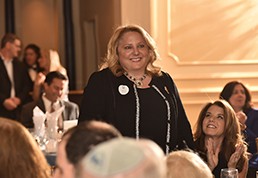 Jewish Federation & Foundation of Rockland County held its Annual Meeting on June 9, bringing together community members, agency partners and graduates to celebrate a remarkable year of change and growth.

A great deal was accomplished at the meeting, including a presentation from the Rockland County Board of Rabbis which included a passing of the torch from outgoing Board President Rabbi Craig Scheff to incoming President Rabbi Jeremy Ruberg. Following remarks from Ruberg, Roberta Seitzman, Director of Adult Education introduced the 2016 graduates of the Florence Melton School of Adult Jewish Learning. Sandy Borowsky spoke on behalf of the graduates and was honored along with classmates Beth Fishman, Alan Ganzer, Robin Gilman, Susan Gorelick and Roslyn Shustak. 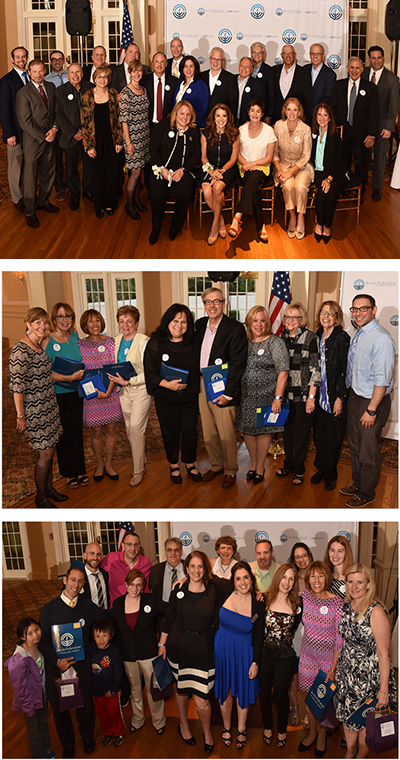 Keynote speaker Jerry Silverman, President and CEO of Jewish Federations of North America spoke about the issues and challenges faced by the global Jewish community. According to Silverman, the most pressing issue is engaging the next generation. “Our responsibility is to engage as many people into Jewish life as possible, including millennials. This is our mission and if we do this, everybody wins.” Another important issue is the relationship between the diaspora and the State of Israel. Support from Jewish communities in the U.S. and other countries is essential to Israel’s future, and Silverman says Jewish leaders need to help keep the relationship strong. “We need our Rabbis to come together as influencers and build bridges to Israel,” said Silverman.

Andrea Weinberger, Federation’s outgoing President and Bruce Sicherman, outgoing Comptroller, were recognized at the meeting for their outstanding contributions to Federation throughout recent years. A year-end President’s Report from Weinberger can be found here.

The evening concluded with remarks from President-Elect Lisa Green who says she “steps into the role with great pride.” While speaking with FedConnect editor Jen Gilbart before the meeting, Green stated, “I am very proud of Jewish Federation & Foundation of Rockland County. It offers great programs including Melton, PJ Library, RJI, and LDI.  We also do a great job supporting our agencies and Israel.  I feel that Federation must step up as the convener of our Jewish community and we must do more to bring Rockland’s agencies together in partnership, so that the entire Jewish Rockland will benefit.  We must also grow our Annual Campaign, so we can give more and do more.”

When asked about her vision for the future of Jewish Rockland, Green says she would like to see Rockland’s agencies strong and prospering and hopes there will be “many activities to connect people with our Jewish traditions.” Green hopes to see Rockland’s synagogues strong and innovative and successfully attracting new families as well.