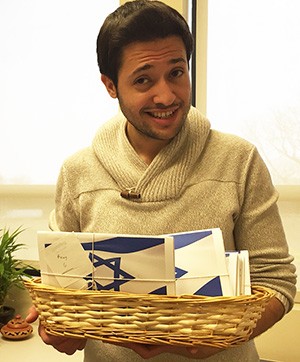 Hi all, I’m so happy the Hebrew month Adar is finally here. This month symbolizes for me the fact that spring is coming and Passover is getting closer, which is one of my favorite Jewish holidays. Although this year is a leap year, so we have two Adar months, which makes Passover a bit far, but I’m sure we’ll get there soon enough.

Speaking of favorite holidays, Purim – the “Jewish Carnival” – is right around the corner! Without a doubt, Purim time is some of my best days every year. In Israel, the celebrations for Purim last around a week, with parties with friends, family gatherings and the famous “Adloyada!” (I know, it sounds like “yada yada” from Seinfeld, but the meaning is completely different.)  The name “Adloyada” is a combination of the Aramic words “Ad” “D’Lo” “Yada” which means “until one no longer knows."  The phrase is derived from the rabbinic saying in the Talmud that one should revel on Purim by drinking "until one no longer knows,” and the “Adloyada” is a Purim parade held in Israel, just like the one held in New York City during Halloween. 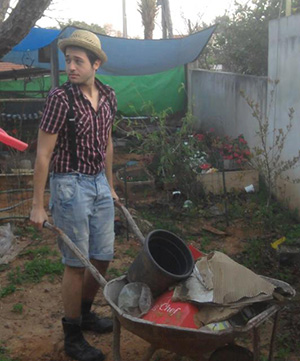 I have only good memories from Purim, full of joyous moments, with family and friends, especially in the last few years. On my second year of army service I got dressed in costume as a military policeman, who is someone that most soldiers are afraid of because he can give fines to soldiers who are dressed inappropriately. Two years later after recently being discharged I dressed as a farmer, and in 2014 I even had a chance to celebrate Purim at a Full Moon Party in Thailand.

This year I have the chance to focus on others for Purim. During Super Sunday, as part of a PJ Library project, the community had a chance to write letters to lone soldiers at Kibbutz Malkia in Israel. At this Kibbutz there are 22 lone soldiers who left their families in the US and made Aliyah. Just because they love Israel so much, they wanted to serve the country like any other Israeli.

Justin Weinberger, son of Federation’s President Andrea Weinberger, is also sending donated hats, scarves and gloves to each soldier at Kibbutz Malkia for his Bar Mitzvah project. At the end of March, all the soldiers will be back for a Purim Party at the Kibbutz and they will get the items sent by Justin and Federation. You can help by donating new or gently-used hats, gloves and scarves so each soldier will get this support from our caring community.  There is a donation box in the lobby of the Jewish Community Campus where you can drop off the items by March 10. Together, we can help people who are far from home get a warm feeling on a cold holiday night in a small Kibbutz in the north of Israel.