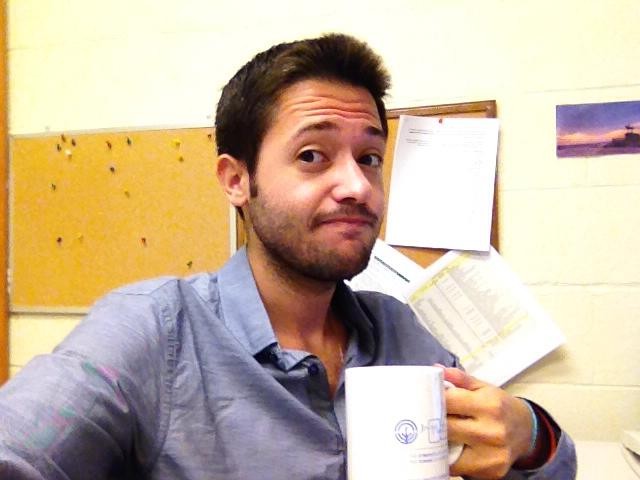 Wow, it's February already? You know what they say: when you’re working hard, time goes by quickly!

For me, February symbolizes exactly what the holiday of Tu B'Shvat is all about. After starting the new year and making new plans, you start to bring your plans to life, basically, “sowing the seeds” which will bloom in the future. In Tu B'Shvat we are celebrating the birthday of trees and planting young plants, which will eventually show the fruits of our labor.

As much as it's important to think of what I'm going to accomplish when I get back to Israel, I have to stay focused on the projects I'm having in Rockland, which will take place over the next few months. Some of them you’re already familiar with or can guess – Yom HaZikaron (Israel Memorial Day), Yom Yerushalayim (Jerusalem Day) and the Celebrate Israel Parade, when we'll march together down Fifth Avenue. In addition to all that, I have a few more exciting programs up my sleeve!

The first one, which will take place mid-February, will happen on the weekend that we celebrate Tu B'Shvat- February 10-12. Working closely with Center for Jewish Life/Hillel of Rockland at Rockland Community College, I’m helping to coordinate a Shabbaton for students at RCC, which will educate them about different aspects of Israel, and will give students the tools to be Israel advocates on their campuses, which is so important these days, with the rise of the BDS movement.

The next event, which will take place at the end of March (a day before Grandparents Day) is a collaboration with Rockland Jewish Academy. Together we are teaching RJA students about an Israeli children's classic, “HaKeves HaShisha Asar” (The Sixteenth Sheep). This Israeli children's book, which is full of songs, shares the life of a child from his point of view, and touches on different subjects of childhood: having a fight with one of your peers, being open about your fears (like being afraid on a stormy night), and going to kindergarten. The students of Rockland Jewish Academy will perform the different songs in a show for their families, based on the book.

Last but not least, I'm trying to bring to the community an event for teens called “Leading on Campus.” It's basically a two-hour workshop for teenagers who are going off to college that gives them tools for if and when they'll be exposed, maybe for the first time, to a non-supportive dialogue about Israel. Fingers crossed the event will happen at the end of March, hopefully right before the Passover break.

So much to do and so little time, wish I had a few more months (or a year) here in Rockland!