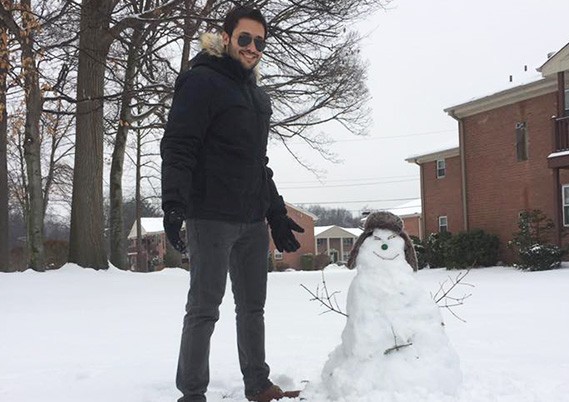 Wow, 2017 is already here! Who'd believe that my last year of Shlichut would get here so fast? This summer I'll say goodbye to Rockland for good but before that, we have almost six more months together, with a variety of events I'm planning for the community, of course, Israel-related.

The first one and the one that is closest to me is the Yom HaZikaron Ceremony (Israel's Memorial Day for Fallen Soldiers and Victims of Terror). We will gather on a Sunday night, April 30, at the Jewish Community Campus to commemorate the ones we've lost. Last year the ceremony was really emotional. I decided to let our future leaders – the teens of the community – take a part of the ceremony and run with it. We had representatives from the different synagogues and it was a really special gathering. Besides planning the event, I spoke on stage too, talking about my friend Hadar Goldin Z'l, an officer who got kidnapped and killed during Operation Protective Edge. I honestly couldn't ask for better people to spend this difficult day with, being far from home.

The next event takes place three weeks after Yom HaZikaron. On May 24 we'll have a community celebration – Celebrating Yom Yerushalayim (Jerusalem Day) – which this year will be more special than ever as it marks fifty years of having Jerusalem under Israel's authority (after 19 years with East Jerusalem under Jordan's authority). As a young kid I went to the capital of Israel every year with my family for this day, to celebrate and enjoy different parades, activities and concerts they had around the city. This year we'll work together with the different synagogues to have our own Jerusalem Day in Rockland, to make us all feel like we are in the Holy land that day.

Last but not least, relating to Jerusalem Day, we'll march together down Fifth Avenue in New York City on Sunday, June 4 in the Celebrate Israel Parade. This year’s theme is “Celebrate Israel All Together!” as it will be 50 years since the 1967 reunification of Jerusalem. Last year was my first Celebrate Israel Parade and words can't describe the way I felt! Being part of something special, marching all together, with colors of blue and white, and seeing the Israeli flags all over, is something I will cherish for life. No doubt it was one of the highlights of my first year of Shlichut, and I was happy that a year of hard work could come to an end in the most festive way.

There's still long way to go until June, the end of my time in Rockland, and so much to do! But make sure to open your calendars and mark these important dates, because together, we're stronger.

Wishing you all an amazing year!

Federation's Community Shaliach (Israel Emissary) program is made possible by our generous donors. Thank you!