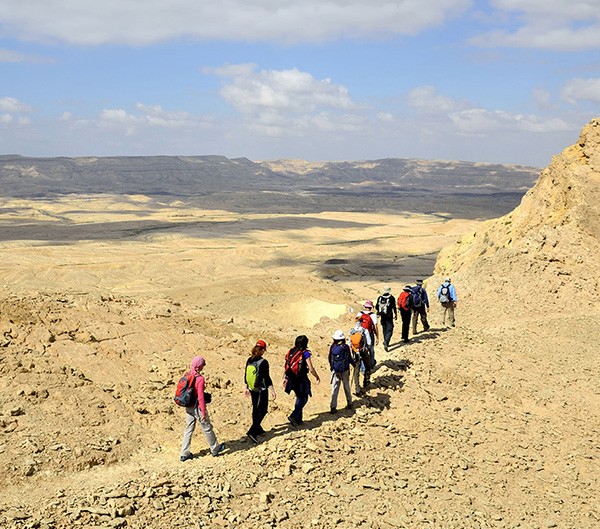 Community Weaving and the Future of the Jewish Community

This is the time of year when Jewish tradition directs us to be reflective about the present, consider alternatives and plan for a better future. The latest revival of “Fiddler on the Roof” on Broadway couldn’t be timelier as I think about the future of Rockland County.

When Tevye says, “it’s a new world Golda” he makes one of the great understatements of all time. Let’s remember that while Fiddler is nominally set in 1905 Russia, it is really about our own time. Let’s take a few moments to explore that new world. All of us born between 1935 and 1980 come from a world characterized by large institutional authority and limited choice. While the commercial world no longer followed Henry Ford’s “They can have their car in any color as long as it’s black,” choices were much more limited when compared to the last decade’s marketplaces of Amazon, Etsy and e-bay. Today, those born between 1980 and 2004 are the largest generation, outnumbering Boomers. This is a generation that pretty much has always known a world connected by the World Wide Web (such a quaint name!) and the nearly infinite choices of web information access and shopping. They can always get just what they want when they want it. The web makes possible Burger King’s 1974 promise of “have it your way” not just for your Whopper but for almost everything. This new world is also characterized by infinite connectivity. People with similar interests are able to find each other in both the virtual and real world, to explore and advance their interests and passions. Whether that interest is finding moms with toddlers to meet at the playground on Tuesday mornings or others with whom to study Torah, it’s all possible with a few clicks of an app.

Oh and throw into this mix one more factor: huge numbers of services are available on smart phones and computers at what the editor of Wired Magazine described as the “radical price” – free. Consider Facebook, weather forecasts anywhere on the planet, financial information from any market in the world, driving directions, and of course finding a dinner date. All these services and literally millions more are free to the user. You’ve all heard the phrase, “There’s an app for that.” Today there are about 5 million apps. It is a world filled by niche markets that often command a premium price.

That is the present and the future.

And how has the Jewish organizational world adopted to a generation that considers nearly limitless choice to be perfectly normal? With few exceptions, most are stuck in the world of limited choice and one-size-fits-all. This is a world that is run for the convenience of the institution and young people are staying away in droves. Jewish institutions have yet to exploit the world of niche markets and price premiums. Much of the institutional American Jewish community is facing a crisis as evidenced by declining affiliation rates and the proliferation of boutique single purpose organizations. And that reality manifests itself right here in Rockland County.

For our institutions to thrive in the future, we will need a new approach and new institutional collaborations. I don’t know all the answers. What I do know is that we have to work together to understand the challenges. We have to inventory the assets we have available to build for the future. We have to be inspired and be inspiring. We have to innovate and be fearlessly creative. And most importantly, we have to work together as never before. We have to move beyond our institutional boundaries and become co-creators of an even more vibrant Rockland Jewish community. (Co-creation is a very Jewish idea and very timely as we prepare to celebrate the birthday of the world on Rosh Hashanah. Our sages taught that G-d did not complete creation but rather left room for humans to take part.) Sometimes I use the term community weaving to describe the process by which barriers to collaboration and working together are removed. In the coming months Federation is going to be heavily involved with community partners in the process of community weaving. And we won’t be limited to the best ideas we can think of on our own. We are going to explore the Jewish world and Israel for inspiration and models of innovation. When we do these things, there will be a Renaissance of Jewish life here in Rockland.

Tevye and Golda (like my Nana Goldie, born around 1900) dreamed of a world where their grandchildren would be accepted as equals in this great nation. Where being Jewish was not an obstacle to acceptance and equality. That part of the grandparent’s dream, more or less has been fulfilled in 21st century America. Today, Jews are not only allowed, they are welcomed almost everywhere. And that is because of the efforts of those who supported this and other Jewish Federations through the years as well as other communal organizations. (Federation will celebrate that support at its Community Update on September 28.)

What that immigrant generation didn’t imagine was that their great grandchildren, while being fully American, might not connect with Jewish community or with Israel. In Rockland County today we have a huge challenge. It falls upon this generation to reinvent the warp and weft of the fabric we call Jewish community. In the coming months and years The Jewish Federation and Foundation will play the unique role that only it can play in weaving together the Rockland Jewish community in a new way. In a way that takes the abundance of human talents and institutional resources and finds new and creative ways to make Rockland a more vibrant, diverse and welcoming place. That may mean creating new definitions of affiliation or membership. Or finding new ways of volunteer engagement and tikkun olam. Or finding ways to engage in hessed and tzedakah that speak to a new younger generation.

To go back to Tevye’s declaration – “it’s a whole new world” – I know we will be successful navigating that world. Jewish tradition teaches that life and history have a purpose. The story arch of the Jewish people is to continue the work of creation and thereby make a better world. We are living in an era of Jewish Renaissance. Never have there been more opportunities and options to live a meaningful, enriching Jewish life. Never has the opportunity and responsibility of the Jewish Federation and Foundation to provide leadership and inspiration been greater. Like our ancestors from the time of Sinai, let us bravely and with confidence embrace the challenges and with a firm grasp on Jewish values, go forward.

If you’d like to hear more about community weaving, please attend the Community Update on September 28.

Please accept my best wishes for a happy and healthy Shana Tova!  May the New Year bring you peace and prosperity.