In the days leading up to International Holocaust Remembrance Day (January 27), millions of people around the globe participated in #weremember - a social media campaign initiated by World Jewish Congress and supported by Federation. The goal of the campaign was to get six million people to show that they remember the six million innocent lives lost in the Holocaust by posting photos of themselves holding "We Remember" signs.

Many from Rockland's synagogues, schools and agencies participated, drawing a great deal of attention on Facebook and Twitter last week. A small sampling of the social media photos from Rockland residents appears below.

Also in observance of International Holocaust Remembrance Day, the Holocaust Museum & Center for Tolerance and Education in Suffern presented Besa: A Code of Honor, Muslim Albanians Who Rescued Jews During the Holocaust.

The remarkable efforts of the Albanian people during the Holocaust serves as a reminder to all, that to 'save one life is to save the world.' See more photos from the Museum's presentation here. 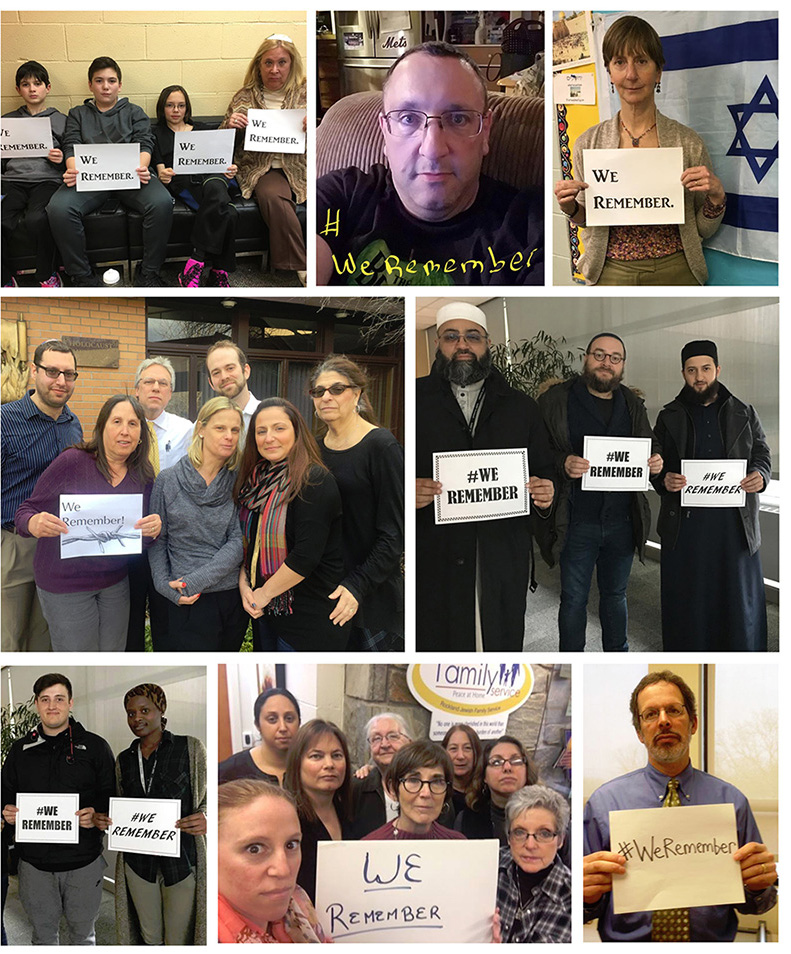