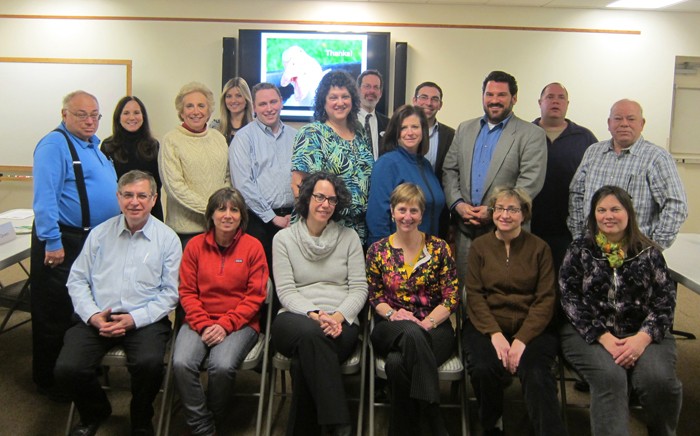 Clergy and members of many Rockland synagogues participated in a social media seminar on February 27, led by Farra Trompeter, Vice President of Big Duck, a communications firm that works exclusively with nonprofits to help them build awareness and reach supporters.

During the workshop, participants learned of different ways that nonprofits are using social media and discussed ways to approach or enhance their synagogue’s social media strategy.

Trompeter emphasized the importance of building a strategy before “diving in.”

She suggests that organizations start with a single goal, i.e., increasing attendance at services, and begin with a single social media channel (Facebook, for example) instead of working on multiple goals and channels at once.

The group discussed the idea of using social media for fundraising. According to Trompeter, communicating to your followers via social media is good for cultivating donors and “making them feel good.” But when it comes to asking for money, “traditional methods, such as direct mail, are still where you want to do the ask,” said Trompeter.

The social media workshop is one of a series of Synagogue Leadership Council (SLC) events made possible by the Rockland Jewish Initiative, and the next event will be held on May 15 when Lisa Harris Glass discusses alternative models of affiliation. For more information on SLC events, contact Cantor Barry Kanarek, RJI Director at 845-362-4200 ext. 170.